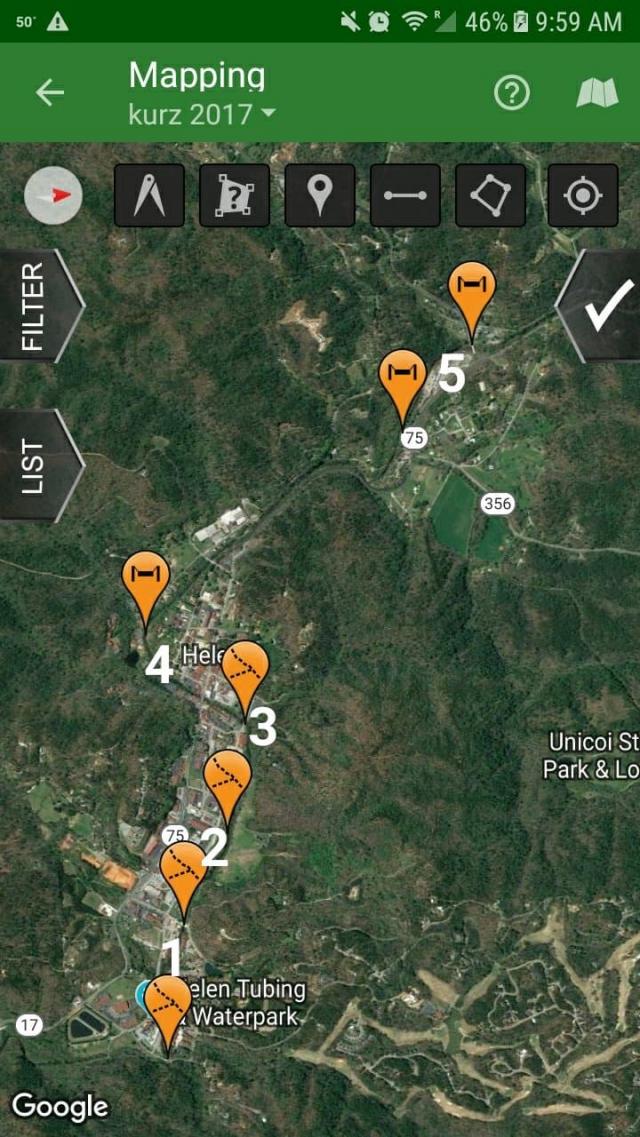 Beat 4- From bridge on Edelweiss at Festhalle to the the parking lot across from the Riverbend Motel on River street.

Beat 5- From the small parking lot beside the gas station next to Cool RIver Tubing on Northside of town, to the Alt 75 bridge above the Flea Market. 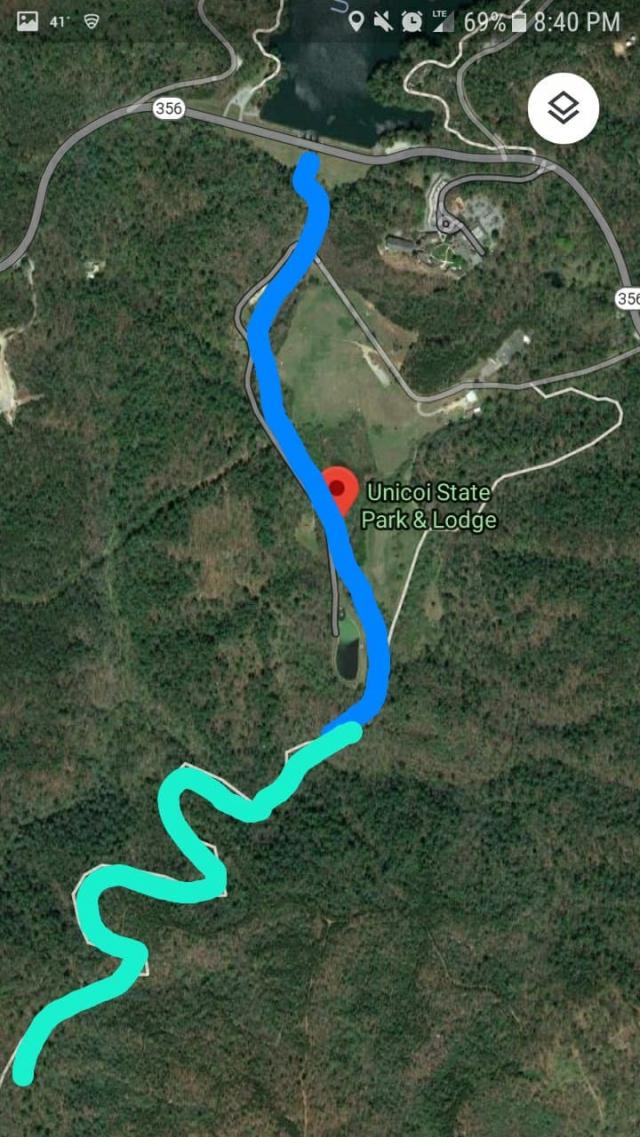 Below footbridge below the water treatment pond. 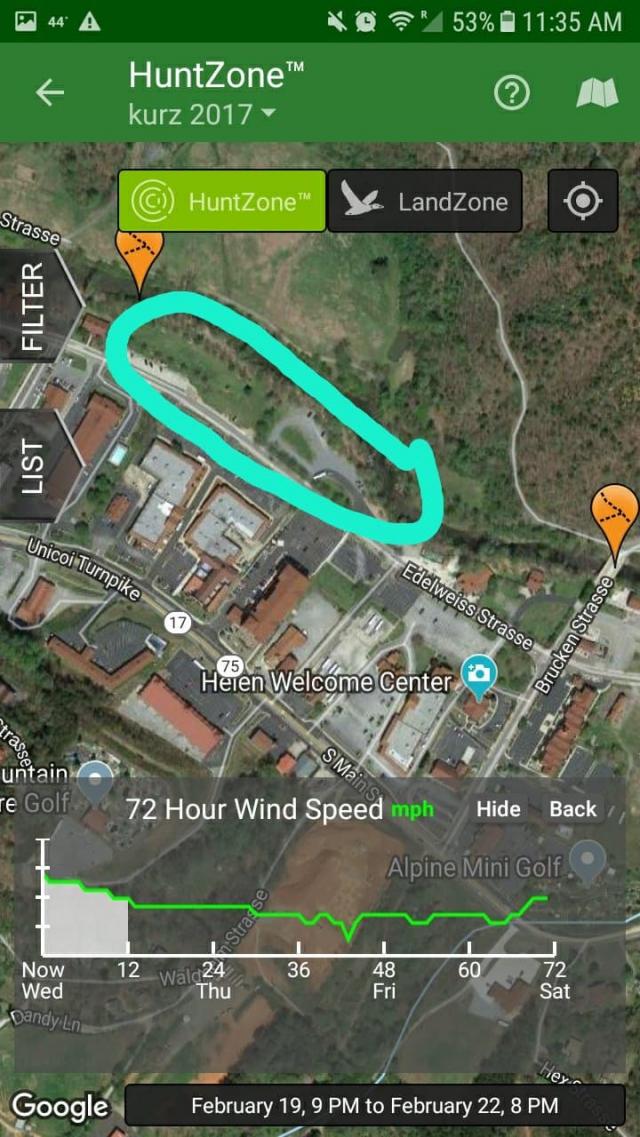 The award ceremony will take place at the Helen Riverside Park circled in blue on Edelweiss Street in Beat 2 of the Helen Beats.